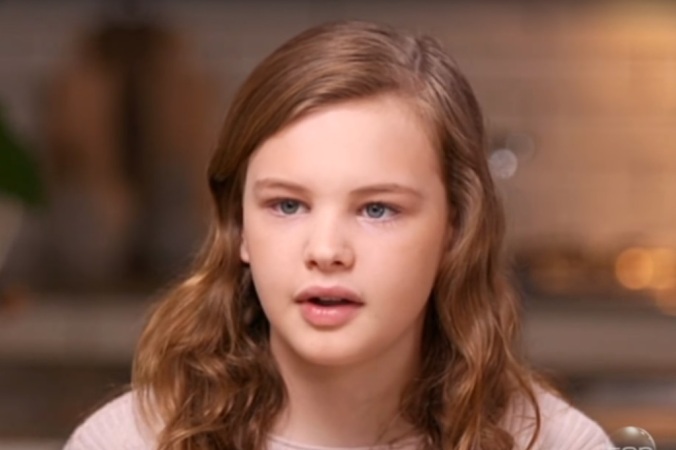 Today brought two important announcements, from the RACP and from AusPATH.

The RACP is the Royal College of Australian Physicians, representing 25,000 Australian medical professionals. The RACP today provided the following announcement:

The RACP has recommended against a national inquiry into gender dysphoria and made suggestions to improve care to young trans people.

In August 2019, the Federal Minister for Health Greg Hunt wrote to the College seeking advice on the treatment of gender dysphoria in children and adolescents. The RACP has now provided that advice to the Minister. The full advice is linked below.

The RACP strongly supports expert clinical care that is non-judgemental, supportive and welcoming for children, adolescents and their families experiencing gender dysphoria. Children and adolescents with gender dysphoria are a very vulnerable population, experiencing stigma and extremely high rates of depression, self-harm, attempted suicide and suicide.

Ensuring children and adolescents with gender dysphoria can access appropriate care and treatment regardless of where they live, should be a national priority. Withholding or limiting access to care and treatment would be unethical and would have serious impacts on the health and wellbeing of young people.

The RACP notes that there are substantial dangers posed by some of the proposals that have been put forward during the recent public debate on this issue, such as holding a national inquiry into the issue. A national inquiry would not increase the scientific evidence available regarding gender dysphoria but would further harm vulnerable patients and their families through increased media and public attention.

AusPATH welcomes the Royal Australasian College of Physicians (RACP) advice to Minister Greg Hunt, Federal Minister for Health, regarding the care and treatment of TGDNB children and adolescents, and seeking medical intervention. This advice is based on the available scientific evidence and the expertise of those with relevant clinical experience across sub-speciality areas of medicine and bioethics.

AusPATH agrees with the RACP that ensuring children and adolescents who are trans, including those who are gender diverse and non-binary “can access appropriate care and treatment regardless of where they live, should be a national priority”, and that “withholding or limiting access to care and treatment would be unethical and would have serious impacts on the health and wellbeing of young people.”

As stated by the RACP, “clinical care needs to be “non-judgemental, supportive and welcoming for children, adolescents and their families”.

AusPATH also supports the RACP recommendation that the Australian Government provide funding for research, especially in relation to the long-term health and wellbeing outcomes for trans, including gender diverse and non-binary young people. Increased investment in research and expansion of the knowledge base, for young people and adults, will be vital in improving the current and disturbing high rates of depression, anxiety, suicide attempts and suicide amongst this cohort.

Improving outcomes can only be achieved by reducing the stigma, discrimination, bullying and harassment that trans people, including those who are gender diverse and non-binary, are subjected to on a daily basis. Negative, hateful media campaigns aimed at invalidating the experiences and strength of this community, and those who provide care for them, is reprehensible, harmful and must stop.

There is much work for us to do to improve the lives of all trans people in Australia. AusPATH looks forward to assisting the clinicians, researchers, educators and advocates across Australia to continue the provision of high quality, patient-centred, human rights-focused and comprehensive gender affirming care and treatment.

The Australian guidelines for healthcare for trans youth represent world best practice. These guidelines are summarised in this blog here

I want to highlight a couple of things about the approach that the overall Australian health service has taken to the transphobic pressure it has come under.

I want highlight the absurd contrast between the way the health service in Australia has tackled this and the current UK NHS approach.

The UK is out of touch with gender affirmative best practices as endorsed by Auspath, the Endocrine Society, the American Academy of Pediatrics – and is behind healthcare practices across the US, Canada, Spain, New Zealand, Australia. New global guidelines from the World Professional Association for Transgender Health (WPATH) are due out this year, and are expected to endorse an affirmative approach to support for transgender children. The UK GIDS service, with its pathologising approaches, three year wait for first appointments, psychoanalytic approach (without one single paediatrician) and refusal to embrace evidence based gender affirmative healthcare, is a disgrace.

When faced by the same media and right wing funded transphobic pressure that doctors in the US and Australia have faced, the UK NHS has responded very differently.

Here in the UK we have a court case to investigate whether trans teens are somehow uniquely unable to give informed consent to safe and reversible puberty blocker treatment that has been studied in trans youth for 32 years.

There is a NICE evidence review into puberty blockers and hormones (despite the Endocrine Society having released global guidance in 2016 on this, despite no evidence of harm and much evidence of benefits, and despite WPATH global standards of care producing new global guidelines on this that are due out this year (Standards of Care Version 8). The ToR for this review will be critical, as recent reviews by the BMJ and the evidence review informing the GIDS 2016 service specification were both heavily flawed, bringing ideological biases to the evidence review, and omitting key evidence. The team involved in the heavily flawed 2016 service specification review completely ignored submissions from those advocating for the rights and wellbeing of transgender children – how do we ensure this doesn’t happen this time round? There is very little community faith that this NICE review will be effective – we know there is a lack of the type of RCT evidence NICE normally prioritises, the question is, what do we do based on the level of evidence currently in existence. In Australia and the US (and elsewhere) healthcare providers are very clear that affirmative care is the only way to support trans youth. Parents such as myself are very clear on this. Trans adults are very clear on this. Trans youth are very clear on this – but is NICE interested in these perspectives? We know and experience the harm of inadequate care – we see it daily in our families.

There is also an NHS panel being formed to review the NICE evidence and provide NHS recommendations on trans youth healthcare. Will important questions like the NHS’ failure to offer timely non-pathologising affirmative care led by paediatricians rather than psychoanalysts even be on the agenda? Who is shaping the agenda for these reviews and investigations – they certainly don’t match with the issues that matter to those of us supporting transgender children – they seem to match the agenda of those wishing to ban healthcare for transgender children. Why is there no acknowledgement, that publicity about these reviews, in a context of minority stress and transphobia, adds to the harm, adds to discrimination, makes life worse for transgender children and families?

We know there are strong transphobic voices in the UK, including in the NHS, who deny the existence of transgender children like my daughter. Voices who, like in Australia and the US, are actively campaigning to withdraw healthcare for transgender children. Some of these voices are clear in their transphobia – others are subtler in crouching their views in descriptions of ‘concern’ and ‘lack of RCTs’. Many of these opponents advocate stopping all trans youth healthcare, increasing the access barriers, and taking us back to reparative and talk therapy based approaches of rejection and stigma. Approaches that are known to cause harm.

And as we wait, families and transgender children are already being harmed by the UK NHS approach – by the media messaging about reviewing the evidence base on puberty blockers. Already children are experiencing additional trauma, scrutiny and disbelief from NHS health professionals like GPs, from school teachers, from social services, from family members, as a direct result of this inquiry. Direct harm due to the NHS’s chosen approach.

Again, I will compare this to the Australian RACP approach which stated today:
“the RACP notes that there are substantial dangers posed by some of the proposals that have been put forward during the recent public debate on this issue, such as holding a national inquiry into the issue. A national inquiry would not increase the scientific evidence available regarding gender dysphoria but would further harm vulnerable patients and their families through increased media and public attention”.

Why does the NHS continue to fail transgender children so badly, in so many different ways?

Why can’t we learn from the Australian healthcare system?

Who is speaking up for trans children’s rights and wellbeing within the decision making circles of the NHS?